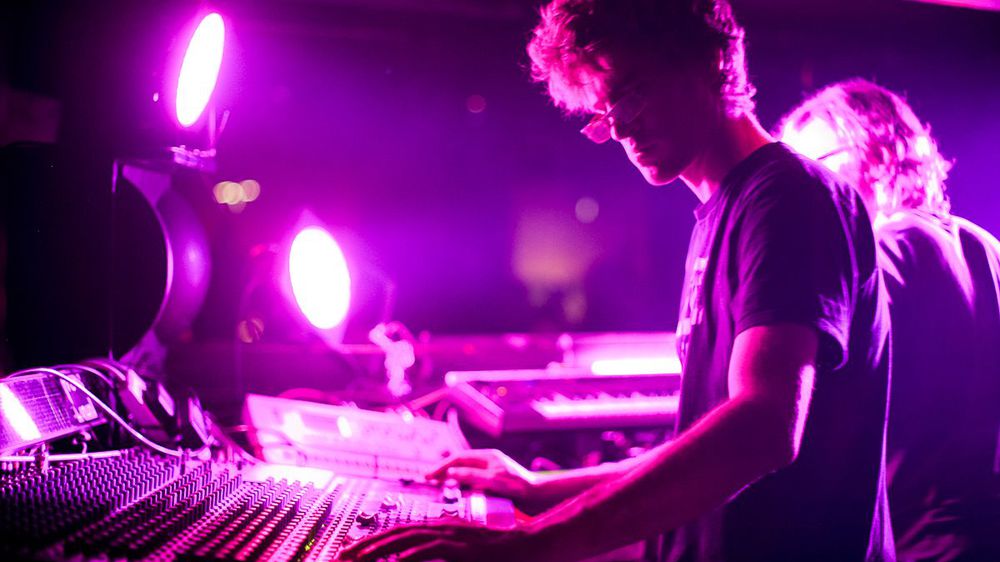 Just over four years ago we had our first event at Wire.

Guests Perseus Traxx and Cottam blew us away and we’re very pleased to welcome him back for another live set at our NYE party.

I met Nigel (Perseus Traxx) a while before he came to play for us, at an event we both attended as punters. We’d been hanging out for several hours before he thought to mention that he made music. When he said his alias was Perseus Traxx I was like ‘shit, nice one, I’ve got some of your tunes’. During the course of the event he offered me some great, solid advice about life, music, the universe, everything, and we kept in touch.

I first invited him over to play for us in Leeds before Schwein, at a small event I organised way back in 2014. It was during that event, when Chris Kitchen also came down to play, that Schwein & Bad Ornament became an idea. And over the following months the idea became a reality.

Over the years, following the first event at Wire, Nigel has come down to do guest spots for us several times at various venues, including some mint disco sets at our market days at Outlaws Yacht Club. He’s also become a really good friend and helped us out infinitely with many things – even including teaching me screen printing.

The awesome DIY ethic of his latest venture, Northern Powerhouse is something to behold. To see what I mean, check out this video…

We absolutely can’t wait for this one. Our residents will be warming up, and we’ll have closing sets from guests Ciaran Hansen (Butter Side Up / Dog Eat Dog), Mike Stockell (Hold The Relish) and Pete Melba (Up North).

Also….. we have an afterparty at 212 with guest sets from Sub:Terranea’s Rory Flynn and Joel Watson (Timing) and more music from our residents.

See yas all there 🙂 x