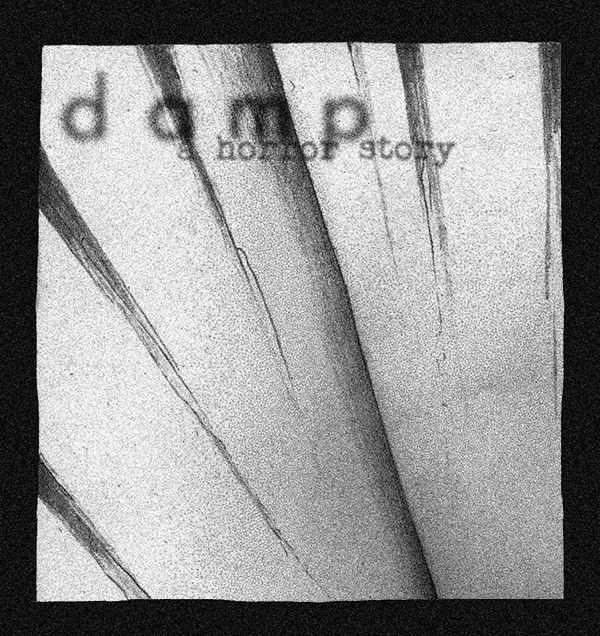 Something repugnant is creeping its way towards the city of Leeds!
Graphic novel and horror fans take note, for this is something a little
different.

Set for September release, d a m p tells the story of a nameless man,
living alone in a sparsely furnished, dilapidated flat. The reader is
given a fleeting glimpse into his existence, his mental state and his
past, as all the while, a dark entity inches ever closer. 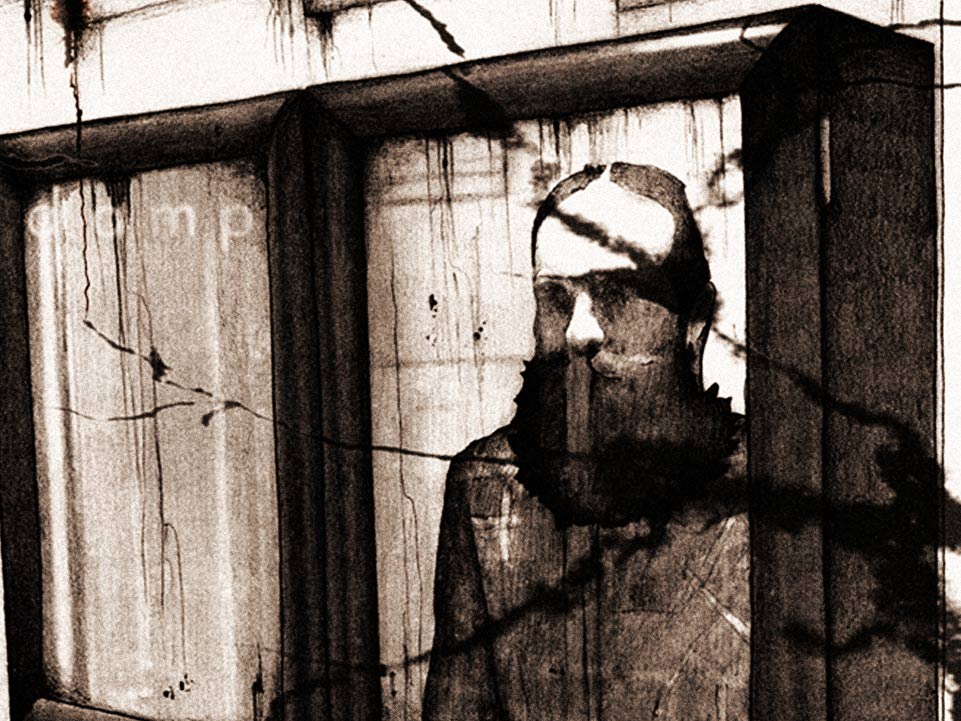 DIY Leeds caught up with co-creators, Lee Mascall and Joe Hunter, for a
brief chat about their creation, influences and the paranormal

DO YOU GUYS READ MANY GRAPHIC NOVELS AND IF SO ANY PARTICULAR
FAVOURITES ?

LEE: Yeah, I like horror graphic novels, anything with a cool storyline.
The artworks important, I loved the Freaks of the Heartland series. A
creepy atmosphere takes skill and i appreciate that.

JOE: I’ll be honest, I never got into reading graphic novels. I lazily
collected Spiderman comics as a kid, though I can’t recall whether it
was Amazing or Spectacular, or whatever the series I collected was all
called. One storyline I remember really stood out, was the clone saga.
There is a scene in which Spiderman has to fight off hordes of Spidey
clones. They turn out to be genetically flawed clones, and decompose as
they fight. It was the first time I’d seen anything so grim in a cartoon
and the stringy, sketchy, action filled scenes stuck with me

Since then, my only familiarity with graphic novels has been flicking
through copies of the ones Lee collects. Of those, the ones that stood
out the most to me were Freaks of the Heartland and Lore

My main influence for visual story telling is cinema, so a lot of the
graphic novel-esque, stylised scenes in the big screen adaptations
really stand out to me. Its those that shaped my side of our collective
concept for the look of d a m p

Sin City, V for Vendetta, Dexter, Heroes… they all look fantastic,
whether you like the stories or not. So, for me, the aim was to make
every image pop out at you as a whole, then draw you in with weird
perspectives, angles and hidden details. I love Escher (who doesn’t?),
so that was a big influence behind a lot of my page layouts and the
angles of the photos

I come at this mainly from a writer’s point of view. Aesthetically, Lee
handles the hand-drawn illustration and I sort the layout, and also the
enhancements of the outside shots and the typesetting. The actual story
is something we’re crafting together, but I generally do more of that
side of it in terms of the actual dialogue and narration in the book

IS DAMP STRICTLY HORROR OR IS IT MORE OF A MULTI GENRE TALE?

LEE: For me, it’s strictly a horror, but we wanted to leave much of it
open to interpretation, so it can be anything the reader wants it to be.
Apart from a love story. It can never be that

JOE: I’m not even sure myself!

The basic story is a psychological horror, with some really quite woeful
revelations to come about the characters and the true nature of d a m p

But, we not only want to show people the horror of the main story of the
bearded man and d a m p, but also to show the general horrors of the
lives some people lead. So, no, for me it’s more than a horror story.
It’s a reflection of all the horrors we as humans inflict on each other.

HAS LIVING IN LEEDS HAD ANY INFLUENCE ON THIS STORY?

LEE: Not so much the story itself, but in the illustration, the local
buildings and scenery has had an impact

JOE: I’m 33 and have lived here a little over ten years, so most of my
adult life. Of course, the city I live in has had a big influence on me,
as has the town I grew up in, Grimsby

I wouldn’t say that Leeds has influenced the story itself, but we’re
keen to nod towards our home city, as people familiar with the Meanwood
Valley Trail and Scotland Wood will notice when they see some of the
scenes in the book

We didn’t set the story in Leeds – or anywhere in particular, for that
matter – and that’s to add to the claustrophobic and disorienting
elements of the story, but we want people to know we came up with this
story here and that we use local landscape and buildings to bring it to
them

HOW DID YOU COME UP WITH THE IDEA?

LEE: It kind of came to me while I was thinking about the idea of kids
having imaginary friends, and the idea that some kids can see those
friends. The d a m p element, I saw as a way of telling a horror story
in a grimy, British style, especially as I’ve lived in my fair share of
damp houses

JOE: I explain in a little more detail on the Facebook page and blog
site, but the short version is that Lee suddenly started taking pictures
of me as I was stood inspecting some bubbling in the artex ceiling on
our kitchen

Next, out came the pens and Lee sketched the first page, explaining that
he’d had an idea for a horror story about some kind of fungal entity
that manifests itself as damp and mould on walls and other places

DO EITHER OF YOU BELIEVE IN THE SUPERNATURAL AND IF SO WHAT’S THE
MOST INEXPLICABLE THING YOU’VE EXPERIENCED?

LEE: Yes, I completely believe in the supernatural. The most
inexplicable thing is life itself; its fucking mental and anything is
possible, most definitely the supernatural. People are much scarier than
any ghost, i wanted to create something evil to fuck those people
up…then I win

JOE: I was raised Jehovah’s Witness, so I used to wholeheartedly believe
there were demons and angels everywhere. Not that we could necessarily
see them, but there was a definite ‘Yes’ in the box marked “other realm”

As I got older, I stopped believing those explanations and started
questioning things. He’s a bit of a stuffy arse these days, but I do
still like how Dawkins put it, “I wouldn’t have seen it if I hadn’t
believed it”

These days, I’d say there’s an explanation for everything, we just might
not know what that is yet, so there’s no such thing as the
supernatural, really. If it can happen, it’s part of the world we live
in, ergo it’s natural.

It was in Melbourne, travelling with my ex. We were supposed to be
staying with our mate Greg, who we met in Thailand, but ended up having
to camp out in this warehouse for a couple of days due to unforeseen
circumstances

It was a fairly average size warehouse, with a mattress on some pallets
over in the corner, some rather weird graffiti and around a hundred
ballet shoes; only the left ones, mind you. I’m not creeped out easily,
but it was a little unsettling

We were hanging out there one night drinking. I think it was my ex who
suggested the ouija

Greg’s missus is a musician and her drum kit was there, so we flipped
the floor tom and drew a basic ouija on it. We used the lid from a can
of spray paint as the pointer. It was a pretty ghetto setup, so I didn’t
think anything would happen

Of course, something happened

Couldn’t get much sense out of her, so we broke off and started again

Then we spoke to Fabian, a name weirdly familiar to Greg and Hannah,
they having a mutual friend of the same name (and spelling). Neither of
them had heard from him in a couple of years, him hitting the drugs hard
and in the wrong way, then moving to the States and losing touch

We were in that conversation for at least three hours! We got some
pretty accurate info about Fabian that night. We then got told he died
and the cause was D R U…

Upon further inspection, we noticed a pretty deep scratch on the drum
skin. It was the bottom skin, which I don’t think even the craziest of
tubthumpers bother hitting, and was brand new to boot

A while later we found that Fabian wasn’t dead

I know of experiments with talking boards (as the ouija was originally
known) in which the same group (skeptics and believers) ask the same
pre-set questions during two consecutive ouija sessions. The latter of
the two sessions sees the participants blindfolded and the board rotated
through 180degrees. Every time, the group “receive” the same answers to
their questions, except the pointer goes to where the letters were prior
to rotation

I don’t believe we were speaking to anything other than Greg and
Hannah’s collective conscious, and their mutual worry about the fate of
their friend. My ex and I having no such mutual friend on which to
bestow worry- and no other similar joint concerns that could be
projected onto the board – it was Greg and Hannah who led us, and our
subconscious minds followed

Though, we never did find out about that little girl… 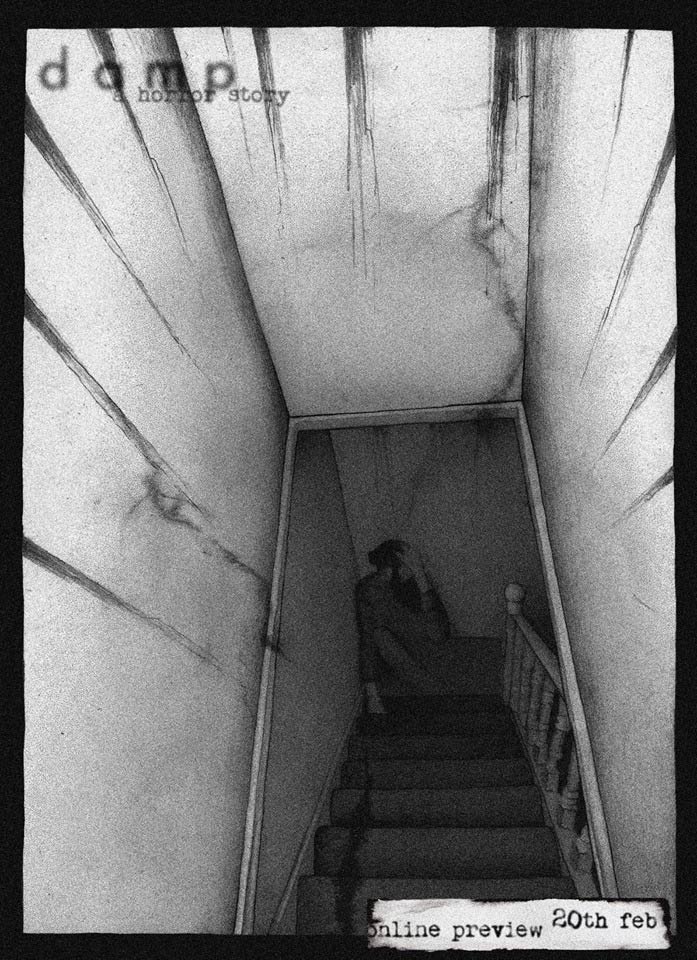